In keeping with the tradition of Raging Stallion’s focus on “natural men,” Rikk York and Daymin Voss star in Steve Cruz’s all-too-familiar airport security scene that showcases a bit of comedy and a whole lot of steamy gay sex. The DVD and scene downloads will be available for purchase on Friday November 17, 2017 on the Falcon Studios Group Store for adult consumers.

Synopsis:
“Daymin Voss is a TSA agent and when Rikk York comes through security to get to his flight, he sets off the alarms several times. Daymin decides to subject Rikk to a full body search. It doesn’t go well for the traveler when Daymin finds some contraband in Rikk’s “loose sloppy hole.” The agent decides to explore a little further because he wants to make sure there’s nothing else up Rikk’s big hairy ass and gets in deep with his gloved hands. Daymin takes his job seriously and won’t let Rikk through security until he slathers the guilty traveler with some TSA approval.”

“Anyone who’s ever been to an airport will appreciate the first scene of TSA Checkpoint,” said director Steve Cruz. “I think everyone has been through a checkpoint with a hot agent that triggers a fantasy of a pat-down that leads to getting dick. We bring that fantasy to life with a couple of hot hung studs in a mix of comedy and full-on raunchy sex.” said Cruz. 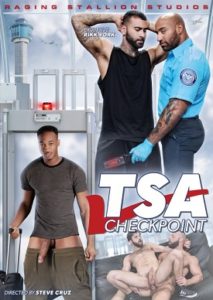 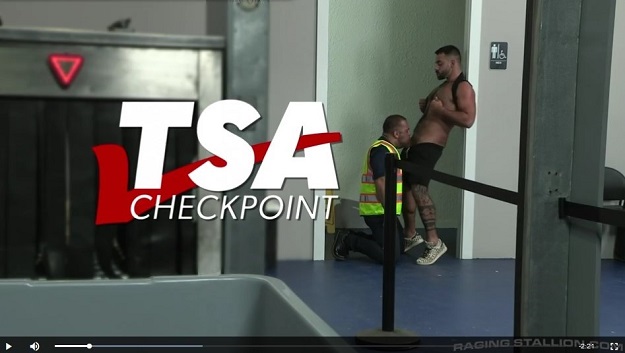 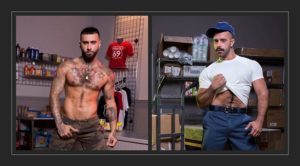 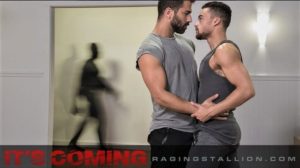 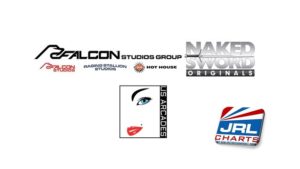