VIRGINIA — Danica Roem became part of history tonight as she became the first openly elected transgender state legislator in the U.S.A defeating the self-proclaimed ‘No.1 Homophobe, incumbent Bob Marshall.   Roem was a part of the wipe out democrats did to republicans in a heavily contested and turn-out for the state of Virginia. 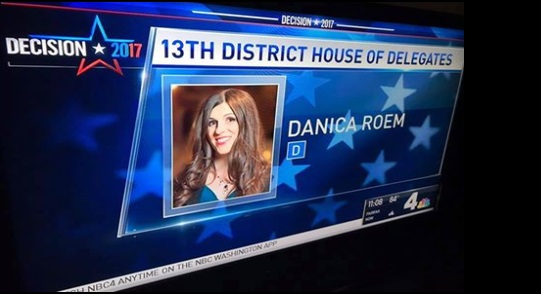 While the state has been moving further blue over the past three elections, this victory for Danica Roem sends a clear message to the anti-LGBT regime. As the candidate tonight who lost called himself, “the No.1 Homophobe”, well..it doesn’t look like he was number one tonight.