The first entry from Skuff: Dog House (2017) gay fetish film premiered on the official Hot House network on Oct. 19, with the DVD version and scene downloads being scheduled to street on the Falcon Studios Group Store on Oct. 27.

Synopsis:
“Poor Gabriel Cross is just trying to deliver the mail without a hassle like any other mailman. This isn’t his first day at the Skuff: Dog House and he knows that if he dilly dallies, he’s going to be the main attraction for Michael Roman and Jake Ashford. Sure as can be, Gabriel takes too long at the mailbox and his fears turn into a reality as Michael and Jake run out in their pup gear and wrestle Gabriel to the ground. After a long ass-sniffing reception with plenty of barks and even a few growls, the guys get Gabriel out of his uniform. A three-way frenzy happens next. Jake fucks Gabriel, Gabriel fucks Jake, and Michael pounds them both.”

“The first scene from Skuff: Dog House was inspired by my first IML.” said director Nick Foxx. “I happened upon a huge play space for pups. Super intrigued since it was my first time around the fetish, I hung out to take it in. The pups were all fenced in, and all of the sudden a mailman ran through and the pups tackled him to the ground for some sexy fun. That memory had always stuck with me and I wanted to bring it to life for a Hot House production! Gabriel, Mike and Jake rocked it out. It’s an action-packed three-way that does really good justice for the fetish at heart.” concluded Foxx.

Plus a special shout out to CellBlock13 Apparel by fashion designer Timoteo Ocampo on the wardrobe selection for Skuff: Dog House (2017). 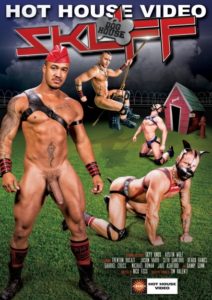 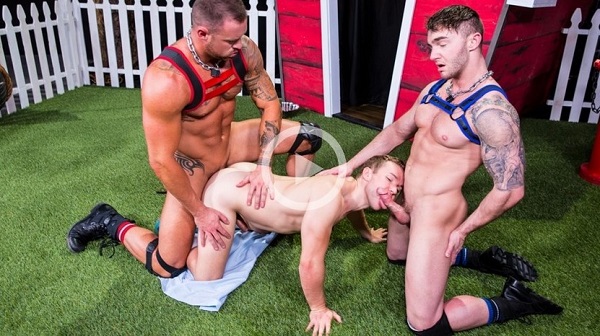 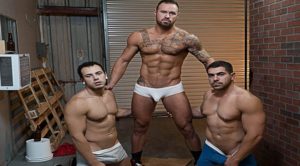 Whore Alley Could Be Bromo Studios Next Blockbuster in Retail 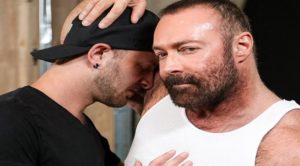 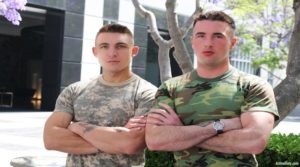