One of the leaders of the anti-Gay movement, Michael Heath, whom you will remember was at one time the head of the Christian Civics League and major opposition leader in the state of Maine opposing equal rights for LGBTQ citizens, made news today as he said he will no longer pursue a challenge to remove protections from discrimination based solely on sexual orientation from the Maine Human Rights Act.

What caused this change of heart? or should I say mind? Especially when Michael Heath of Chelsea has had a thorn in his backside over the LGBTQ community for decades.  However that is exactly what he is claiming he is doing – by not submitting the 61,123 signatures according to Heath, from registered Maine voters, which would have placed the referendum question on the statewide ballot as Heath had accumulated enough signatures to qualify for inclusion on the statewide ballot.

“No, I am not going to file it,” said Heath on Oct. 19, during a telephone interview with theBangor Daily News,  Heath declined to answer any other questions especially on why he was pulling out.  That is what we all would like to know considering for more than 10 years he has used his position as the former head of the Christian Civic League of Maine to have the wording of “sexual orientation’ removed from numerous legislation which is covered by the Maine Human Rights Act.

In fact it has been nearly 12 years since the state of Main legally recognized same-sex marriage on December 29, 2012.  The bill for legalization was approved by voters, 53-47 percent, on November 6, 2012, as Maine, Maryland and Washington became the first U.S. states to legalize same-sex marriage by popular vote. 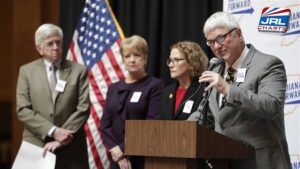