Watch Anti-Gay Activists Get Burned Thanks To A Pizza Parlor

Watch Anti-Gay Activists Get Burned Thanks To A Pizza Parlor

LAUNCESTON, TASMANIA — Once and a while its nice to turn the tables on haters in our great nation as one pizza parlor find out the hard way when their anti-equality message posted on a billboard next to its business, a pizza parlor in Launceston, Tasmania, took it upon themselves to show that not everyone agrees with their views.

ABC News reported that the Coalition for Marriage took it upon themselves to post a message of their own, “It’s OK to Say ‘No’”. This is all part of the campaign going on right now in Australia as political groups are fighting over support of gay marriage in the country.

ABC News interviewed a worker by the name of Ben Barwick who said the pizza parlor had no intention of making a political stance. “We are painting the side of our building, not on the sign, and basically turning that into a bit of humour,” said Barwick.

According to ABC News, Wiseguise managing director Alex Jones said “We try not to have a political point of view as a business, so I think we’ve taken the stance away from it,” said Jones. “I think this is a better solution to just the sign on its own.” concluded Jones. 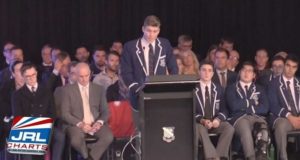 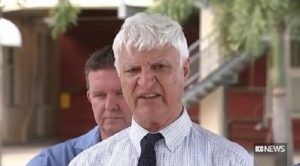