NEW YORK, NY — Edith Windsor, a pioneer and a widow who brought a landmark Supreme Court case that successfully struck down parts of a federal law banning gay marriage and which eventually led to federal recognition of same-sex marriages, died Tuesday at the age of 88.

According to Windsor’s attorney Roberta Kaplan, Edit Windsor died in New York but he declined to say the cause of death. It was known by close friends and family that Windsor had struggled with heart issues for years.

“The world lost a tiny but tough-as-nails fighter for freedom, justice and equality,” said her current wife, Judith Kasen-Windsor. They were married in 2017.

Windsor became a gay rights pioneer advocate after her first wife, Thea Spyer, died in 2009. They had been legally married in Canada back in 2007 after spending more than 40 years together.

Edith Windsor took the major steps to file suit against the federal government after Spyer’s death stating at the time that the definition of marriage as a relationship between a man and a woman prevented her from getting a marital deduction on Spyer’s estate. With this discrimination in place, Windsor would have been locking at a massive tax bill that heterosexual married couples would never face.

The U.S. Supreme Court made the historical ruling in a vote of 5-4 back in June of 2013 which stated that the provision in the law was unconstitutional and that legally married same-sex couples are entitled to the same federal benefits that heterosexual couples receive.

With the historic ruling of 2013, LGBT married couples would now be treated equally as heterosexual couples. This was a major driving force of encouragement for gay marriage supporters facing the nationwide jigsaw puzzle of laws that at the time, outlawed gay marriages. In fact at the time there were a dozen states that did not recognize gay marriage.

Conservatives who were outraged by the ruling saying that defining marriage as between a man and a man or a woman and a woman is an afront to GOD. Then the late Supreme Court Justice Antonin Scalia, who voted in the opposition, predicted the ruling would be used to upend state restrictions on marriage and warned…”The only thing that will ‘confine’ the court’s holding is its sense of what it can get away with.” said the late Antonio Scalia.

“She will go down in the history books as a true American hero,” said Kaplan. Anthony Romero, executive director of the American Civil Liberties Union, called Windsor “one of this country’s great civil rights pioneers.” said Romero. One simply cannot write the history of the gay rights movement without reserving immense credit and gratitude for Edie Windsor,” concluded Romero. 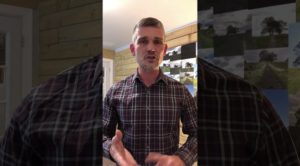