Pierre Fitch Returns to Co-Star With Calvin Banks at CockyBoys

Pierre Fitch Returns to Co-Star With Calvin Banks at CockyBoys

According to CockyBoys owner and director, Jake Jaxson, “Pierre is Back, and looking bigger and better than ever! We are thrilled to welcome Pierre Fitch back to CockyBoys. One of the best known gay porn stars working today, he is truly a legend in his own time. Pierre first joined CockyBoys as part of the cast of Project GoGo Boy, followed by 30 more scenes, and after a hiatus from shooting, I’m thrilled that he decided to come back and shoot with us. As he told me a few months back, it was hard for him to stay away once he saw some of the new exclusive models we were signing.” said Jaxson.

According to CockyBoys publicity division, Fitch and Banks couldn’t be more excited about filming together and it comes across on film as both show they can take it as hard as they give it!

“After nearly 17 years in the porn business, I just needed some time to focus on myself and some of my own personal goals,” said Pierre Fitch. “I’m taking my health and fitness training more seriously than I ever have. I’m making my comeback now because I’m ready mentally and I think I’m in the best physical shape of my life! I also truly missed all of the wonderful people I’ve come to know and care about over my many years in this business. A few weeks ago I decided to contact CockyBoys. I told them about my interest to get back in the game and the models I wanted to work with. They agreed almost immediately!” said Fitch.

Fitch continued…”CockyBoys not only makes some of the best productions with the hottest models, but they are also some of my favorite people in the business and a huge part of my life. They are like family to me! We are going to work together a lot more frequently in the very near future and I am beyond excited! To my fans…who have always supported me…I love you and look forward to talking to you more! Watch out for many new updates and amazing scenes coming very soon!” concluded Fitch.

Watch the explosive return of Pierre Fitch with Calvin Banks Exclusively on the CockyBoys Network. 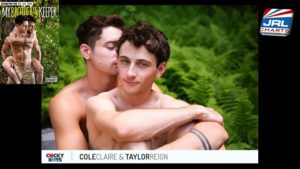 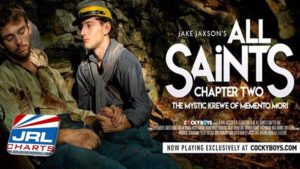 All Saints: Chapter Two – Max Adonis, Cole Claire Is A Must Watch