SANTIAGO, CHILE — Chilean President Michelle Bachelet is making history by introducing a bill to legalize same-sex marriage. This is just one of the many things that President Bachelet pledged to do in a series of recent reforms in a country which has had a long tradition as one of Latin America’s most socially conservative countries.

President Bachelet signed the proposal which will be now sent to the National Congress at a ceremony in the presidential palace. President Bachelet claims that the bill seeks to expand the definition of marriage between a man and a woman and would also expand equal rights to gay couples which will then allow LGBT married couples the right to adopt children in the nation.

The founder of the Iguales Foundation, Luis Larrain said…“It’s the beginning of the end of discrimination based on sexual orientation to access marriage.”

Chile was already on its way to improving their record o LGBT civil rights when they first approved civil unions for same-sex couples in 2015. This action followed the decriminalization of gay sex which was thrown out in 1999.

LGBT activists in Chile say that it will be difficult for President Bachelet to get her bill pushed through the conservative National Congress prior to her leaving office in March 2018 however activists are still excited by her decision to put forward such an honorable bill. 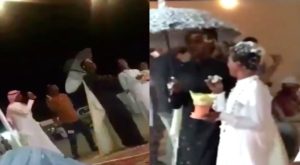