OMAGH, UK — In a set back for same-sex marriage recognition in Ireland, the Northern Ireland High Court dismissed two cases challenging Ireland’s ban on same-sex marriage stating that the ban does not violate any rights of same-sex couples and that any change must be made legislatively.

“It is not at all difficult to understand how gay men and lesbians who have suffered discrimination, rejection and exclusion feel so strongly about the maintenance in Northern Ireland of the barrier to same-sex marriage.” said High Court Justice John O’Hara when announcing his verdict Thursday. “But the barrier is not one he can bring down, said O’Hara.

“The judgment which I have to reach is not based on social policy but on the law,” said O’Hara. “Any changes to the law must be made by the Northern Ireland Assembly, the nation’s national legislative body.” concluded O’Hara.

What is sad is that Northern Ireland is the only district of the United Kingdom that does not provide equal rights under marriage equality. Putting them behind England, Scotland and Wales.

O’Hara heard both similar cases together instead of separating them. The first case was brought by two men who got married in England back in 2014 but saw their union changed to a civil partnership once they relocated to Northern Ireland.

After finding this shocking news out, they immediately sued to have it recognized as a legal marriage as recognized in England. The second case was a bit different as they involved two couples in civil partnerships who told the court that denial of marriage equality violates their rights under the European Convention on Human Rights. 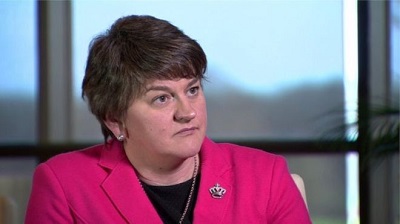 Since 2005, Northern Ireland has offered civil partnerships, conferring only a few of the rights of heterosexual marriage.

In fact LGBTQ activists have attempted five times to pass same-sex marriage equality legislation in Northern Ireland but they were all blocked by the Conservative Democratic Unionist Party every single time.

In fact party Leader Arlene Foster  (pictured Left), told the press that she vows to continue resistance against same-sex marriage. “I could not care less what people get up to in terms of their sexuality, that’s not a matter for me.” said Foster. “When it becomes a matter for me is when people try to redefine marriage” said Foster. 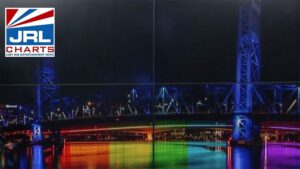