Synopsis from Jake Jaxson:
Flashback to earlier in the weekend when Sean Ford confesses that crush Colby Keller is also his first time with a full-bearded guy and someone he considers “an actual MAN.” And it’s Sean who does the seducing! While Colby naps on a large bed in the woods, Sean approaches quietly and brushes his cheek along his hairy torso, taking in his musky scent, and caressing his bulging crotch. Colby awakens to make out with Sean who continues to enjoy the feel and aroma of Colby’s body before Colby pulls him on top to undress him and enjoy Sean’s smooth skin.

Sean nuzzles Colby’s crotch and grinds on top of it but soon he does as requested and pulls off Colby’s shorts to suck him. Sean makes out with his cock as Colby breathes and sighs heavily, seemingly under Sean’s spell. But Colby rises to bring Sean up to his chest while he reaches under Sean’s shorts to finger him deeply. Soon he gets Sean totally naked to finger the writhing bottom, tease him with his cock, and then lie him down with his legs bent to rim him. Finally Sean is immersed in the ecstasy of Colby’s cocksucking before getting rimmed and teased again. This drives Sean to blurts out, “Quit teasing me. I want that dick.” 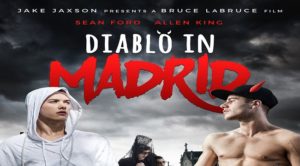