LONDON, ENGLAND — Labour Councillor  ‘Chika Amadi‘  has been suspended by the Labour party over her social media posts that called Pride parade marchers “pedophiles” and then went even further by threatening to unleash the “burning anger” of God on people who have the nerve to criticize her outrageous behavior.

Chika Amadi, a so called charity worker and evangelical pastor who sits on the Harrow council, was faced with major backlash after sharing a post from anti-LGBT Christian website LifeSiteNews which showed a 2014 picture from a Toronto Pride march that featured a young girl appearing to be covering her eyes at the site of a naked man walking by. 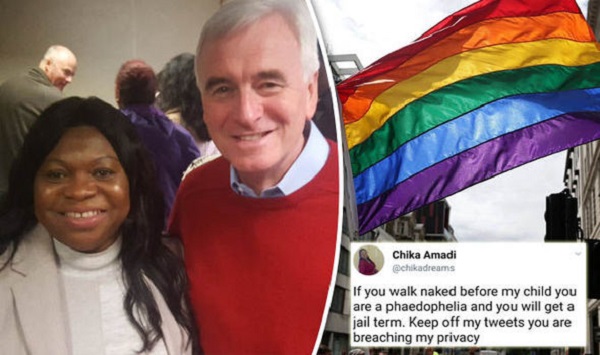 If that wasn’t bad enough, Amadi then went on her Facebook page and posted the following…“Recently one respectable man in my constituency questioned me on my faith especially on homosexuality (…) I warned him not to try me next time. Anyone who wants to bring me down from my political career because of my faith and stand on the word of God will encounter the burning anger of the God that I serve.” said Amadi.

In a comment underneath Amadi’s post, one Facebook user wrote: “Vultures will eat their flesh”, which quickly activated a response from Chika Amadi…“Amen. Thank you for standing with me and others in that circumstance.” said Amadi.

She wasn’t done there as she went on to post a quote from the president of the Gambia where he threatened gay men and women with prison for homosexuality.

“Homosexuality is anti-humanity,” reads the quote. “I have never seen a homosexual chicken, or turkey. If you are convicted of homosexuality in this country, there will be no mercy for offenders. We will put you in the female wing of the prison.” read Gambia’s statement posted by Amadi.

This outrageous behavior received so much backlash that a Labour party spokesperson released the following statement…“Chika Amadi has been suspended from the Labour pending an investigation.”

This was followed by Sarah Kerton and Ian Dylan who co-chair the LGBT Labour party, said…“offensive, distasteful and homophobic. These comments have no place in modern society and are unacceptable from a Labour party councillor.”

Even Conservative MP Margot James said..“These homophobic comments by a sitting Labour Councillor are completely unacceptable and wrong,” said James. “I urge the Harrow Labour party to withdraw the whip immediately from Councillor Amadi to reflect the seriousness of these statements on her social media.” said James.

Let Councillor Chika Amadi know your thoughts on her statements on Twitter. 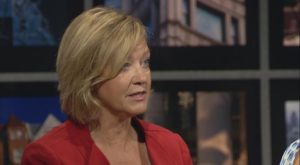 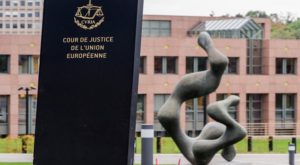