The Knesset announced this past Sunday that there are no intentions to change existing law. Gay couples are not permitted to adopt children in Israel.

In response to a High Court petition, the religious right wing government of Israel said that it opposed allowing LGBT couples to adopt because in their religious views would place an “additional burden” on the child. 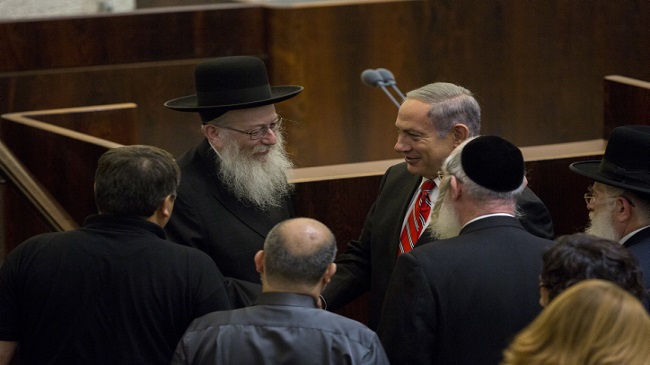 “The professional opinion of the Child Welfare Services supports preserving the existing situation” that the adopting couple be a man and a woman, wrote the Knesset in response to the court. “This takes into account the reality of Israeli society and the difficulty it may entail with regard to the child being adopted.”

However several lawmakers condemned the government’s decision including Meretz’s Michal Rozin, who heads the Knesset’s LGBT lobby, Yael German of Yesh Atid, Merav Michaeli of the Zionist Union and Kulanu’s Merav Ben Ari said in a statement that the decision was homophobic and showed the government’s cynical use of the homosexual community.

“This is a foolish and discriminatory decision that is accompanied by unprecedented homophobia,” said the opposing members of the Knesset and lobbying firms in support of LGBT rights. “The Israeli government is again abandoning the gay community and this highlights government’s cynical use of the community: In English they boast about [being a gay-friendly country], but in Hebrew they deny basic rights.”

However the Knesset tried to satisfy moderates in the Knesset by allowing for the first time, common-law couples to adopt children in Israel.

The state said that the position of the Justice Ministry and Welfare Ministry has now changed and will allow unmarried couples who have lived together for at least three years to adopt as long as they are heterosexual of course.