AUSTIN, TX — An all republican Texas Supreme Court unanimously ruled Friday June 30, that they could not find any established right to spousal benefits in same-sex marriages.

Thanks to that ruling, the Texas Supreme Court has revived a lawsuit challenging the city of Houston’s insurance plans which would cover LGBT married employees.

According to the Texas Supreme court, the 2015 U.S. Supreme Court ruling which made history in ruling that same-sex marriage is constitutional and the land of the law, did not however decide that all marriage-related matters would follow suit. Once again bigotry at work!

According to the All-Republican court, this fact leaves room for state courts to explore the decision’s “reach and ramifications.” In other words, find ways for bigotry to become law.

Advocates of same-sex marriage of course responded by saying that they were disappointed in the ruling from the court arguing that the Texas Supreme court totally ignored clear and undeniable instructions from the U.S. Supreme court.

In Friday’s ruling, the Texas judges adopted a narrow reading of the high court’s statement that same-sex couples cannot be denied “the constellation of benefits that the states have linked to marriage.”

Neel Lane of the Dallas law firm Norton Rose FulBright, who challenged the state’s ban on same-sex marriage, told members of the media following the ruling…”The Texas judges blatantly disregarded Supreme Court rulings, including one issued earlier this week, requiring all marriages to be treated equally.” said Lane. “The court majority intended it to be a watershed opinion that would clear all barriers to equality for same-sex couples. That’s just clear from the language of the opinion,” said Lane.

Sarah Kate Ellis, president of the advocacy group GLAAD said…“The Texas Supreme Court’s decision this morning is a warning shot to all LGBTQ Americans that the war on marriage equality is ever-evolving, and anti-LGBTQ activists will do anything possible to discriminate against our families,” said Ellis.

However Texas Values president and advocate against same-sex marriage Jonathan Saenz who represented two taxpayers who challenged Houston’s same-sex benefits said…“A huge win for Houston taxpayers and for those who support the state’s marriage laws.” said Saenz. “We are not aware of any other case like this in the nation, which is why today’s action by the Supreme Court and defeat for the City of Houston is highly significant,” said Saenz.

Texas Attorney General Ken Paxton was another state official praising the ruling stating…“I am glad that the Texas Supreme Court recognized that Texas law is still important when it comes to marriage. While the U.S. Supreme Court declared a right to same-sex marriage, that ruling did not resolve all legal issues related to marriage,” said Paxton. 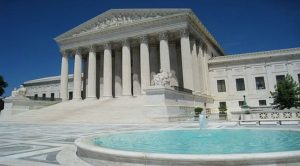 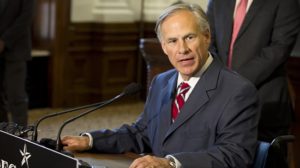