NEW YORK, NY – For those of you who will not be able to attend the 2017 LGBT Pride March in Manhattan do not have to fear a thing because you will be able to sit at home and watch it live on your television and, will also be streamed on WABC-TV’s official website.

WABC-TV has announced its plans to partner with NYC Pride and broadcast the 48th annual event live for the first time on New York’s Top rated Channel 7 June 25, 2017.  The March kicks off at 36th Street and Fifth Avenue and Ends at Christopher and Greenwich streets 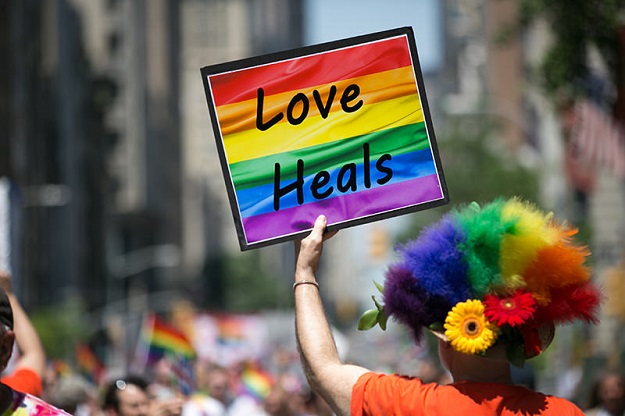 Not only will the March be streamed and televised but, they will also cover the additional Pride-related events, including the PrideFest street festival and the Pride Luminaries Brunch on WABC-TV.

Frederick told HuffPost..“In a time when there continues to be an effort to roll back the rights of LGBTQ individuals, it’s important that we are visible,” said Frederick. “As a kid in rural Ohio, if I had the opportunity to turn on the TV and see a sea of rainbows, I might not have felt so afraid. We look forward to everyone tuning into the broadcast and we thank ABC for giving us the opportunity to show the events that helped spark the Pride movement.” said Frederick.

WABC-TV’s President and General Manager Dave Davis also had high praise for the network’s decision in a press release issued in which he says..”Channel 7 prides itself on being able to bring important, local celebrations of community spirit to as many people as possible. We couldn’t be more thrilled with this move.” said Davis.