SAN FRANCISCO — Falcon Studios Group streets Chi Chi LaRue’s “Earthbound: Heaven to Hell 2” [2017]. The gay erotica film is an epic story of “good versus evil and of paradise lost and pleasure found” is now available on DVD and download from the Falcon Studios Group Store.

“I couldn’t be any happier with my team and everyone involved making ‘Earthbound: Heaven to Hell 2’ a reality,” said Falcon Studios Group president, Tim Valenti. “A lot of blood, sweat and tears went into making this masterpiece and I can’t wait for the world to see the results.” said Valenti.

Fans can visit EarthboundXXX to check out teasers, trailers and galleries of models and action from the film. You can purchase the DVD version and/or Download-to-Own at the official Falcon Online Superstore.

Retailers and wholesale distributors can get ordering information by contacting John Gunderson at the Falcon Studios Group headquarters 1-415-864-2797 | John@Falconstudios.com | Toby@Falconstudios.com.

Chi Chi LaRue’s Black At It Debuts On C1R Network 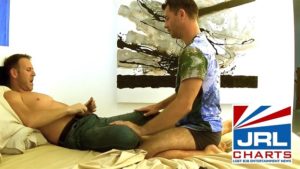 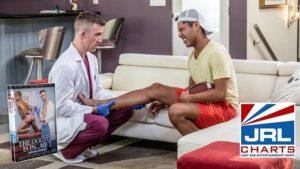 The Doctor Is In Me 2: Watch Nick Fitt Bedside Manner on Calix Rivera 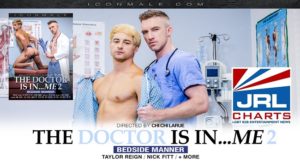