‘Erectus’ Scene One Synopsis:
In the scene that ‘Erectus” (2017), Jaxton Wheeler and Teddy Torres face off in a Roman gladiatorial wrestling match wearing nothing but threadbare rags tied around their waists. After several sweaty rounds of combat, Jaxton succeeds in putting Teddy in a headlock and rips off the rag encircling Teddy’s waist, revealing Teddy’s hairy bubble butt! Not to mention Jaxton is happy to claim that prize.”

“Jaxton Wheeler, Teddy Torres and Ace Era embody the physiques and the raw physical energy that I was looking for in this special project,” said Steve Cruz. “With the amazing setting and situation, Jaxton Wheeler and Teddy Tores fully embodied the spirit of Roman gladiators taking that survival energy to an intense sexual level and delivering fiery action while Ace Era enjoys his voyeuristic fantasy come to life.” said Cruz.

Raging Stallion fans can watch the premier scene of ‘Erectus’ (2017) when it premiers on Friday March 23, 2017 exclusively on the Raging Stallion Network. 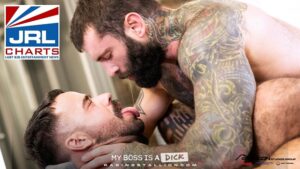 My Boss Is A Dick EP01 Huge Debut On Raging Stallion 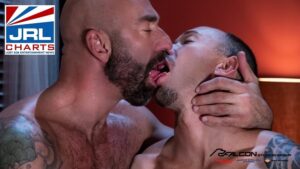 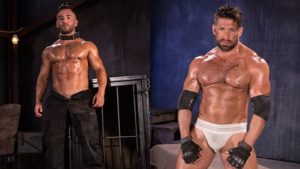