The disgrace of former Gay mayor of Fairfax City, “R. Scott Silverthorne”, took a turn for the worse as he was ordered held without continuing his bail following his conviction of one count of distributing methamphetamine by Fairfax County Circuit Court Judge Grace Burke.  This was not part of the plea deal reached by the prosecutor’s office and Silverthorne’s attorney.

Silverthorne had been out on bail ever since the arrest back in August 2016 and through the court process so to hold him in custody truly shocked everyone in the courtroom.

Local news stations lead their top of the hour and bottom of the hour stories with Silverthorne’s behind remanded to jail. After all this was one one count and he was a highly respected politician.

According to police report on the case, they targeted Silverthorne for the sting after learning through confidential informants that he was allegedly distributing meth through a popular gay sex hook-up network in exchange for sexual encounters.

This is why I ask the boys of the JRL CHARTS Social Media Crew” to always remind followers of undercover police offices posing online.  You never know who you are hooking up with!

The site in question and who has captured huge clicks since their website was mentioned in the news, was none other than Bare Back Real Time.

Judge Grace Burke Carroll has set a sentencing date for Silverthorne for June 9, 2017. After serving the city for 18 year, Silverthorne announced his resignation as mayor after a week the scandal broke. Silverthorne served nine terms on the Fairfax City Council before his 3 terms in office as mayor from 1990 to 2008. 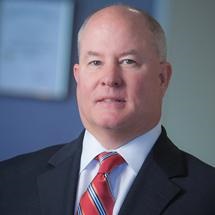 According to conservative websites, LGBT activists based in Northern Virginia, which of course includes Fairfax County, state that they had no idea Silverthorne was Gay because he was never involved in LGBTQ advocacy groups or legislation in support of LGBTQ rights during his tenure as an elected official.  “WHO KNEW“!

However according Brian Drummond, Esq (Pictured Left),  R. Scott Silverthorne’s attorney, told the Washington Blade after the arrest in August of 2016…”Nearly all of Silverthorne’s colleagues on the Fairfax City Council and others who knew him in Fairfax political circles knew he is gay.” said Drummond.  “It was the worst kept secret in Fairfax. He had actually come out some years ago” but didn’t make a “great announcement.” said Drummond.

Drummond claims that Judge Grace Burke Carroll may have sent the former mayor to jail prior to sentencing simply because he was gay.  We reached out to Judge Carroll’s chambers for comment but were told that she had no comment.