TransErotica Entertainment has confirmed that they have added four new girls to its network of trans performers.

“I’m so excited to be teaming up with the TransErotica network and be on more of a personal level with my fans,” said Kisses. “There are so many hot, steamy ideas floating around for my new upcoming content that it’s going to be a blast to film. I’m sure anyone watching will have a blast enjoying it as well!” said Kisses.

Korra Del Rio added, “I am overjoyed to be a part of the TransErotica Network officially. We’re already well underway shooting content for the new hub and home for all things Korra Del Rio. So, get excited. We’re going to have so much fun together.”  said Del Rio.

“I’m crazy excited for the launch of my website under TransErotica,” stated Lena Kelly.  “Definitely expect some of my wildest and raunchiest stuff yet — really can’t wait to release all this filthy hot goodness.” said Kelly.

Natalie Mars added…“It is always about my fans. Being able to work with TransErotica to build my own site will ensure that all the features the fans want and will enjoy, will play a major role. This is such an exciting time.” said Mars.

According to TransErotica, “All four have been nominated for upcoming TEA awards. Kisses has four nominations, including “Best Hardcore Performer.” Mars’ nominations also total four and include “Best Internet Personality.” Kelly weighs in with two nomination nods for “Best New Face” and “Best New Scene,” while Del Rio has racked up five, with two of those being for “Best Scene.”

“We are thrilled to have signed so many up and coming stars to the roster,” said JC, president of TransErotica. “TransErotica is about to take off like a rocket, fueled by the amazing talents these four are bringing to the table.” said JC. 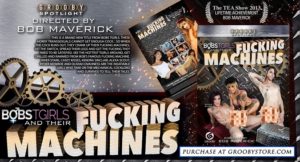 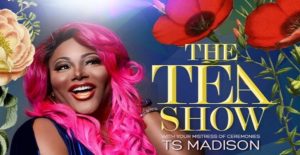 Winners of the 2017 Transgender Erotica Awards