Once again the LGBTQ community is on edge as many believe that president Donald Trump will once again break his word and target LGBTQ citizens with a new “Religious Freedom” executive order which according to president Trump’s transition aide, is still on the list of campaign promises to complete for their right wing conservative constituents.

The “religious freedom” executive order is basically a license to discriminate against LGBT citizens and others who do not fit the narrative of religious doctrine.  In fact, White House press secretary Sean Spicer, hinted Monday afternoon that it is still being discussed and worked on.

Attorney  Ken Blackwell (pictured above) who is on the Trump transition team, told Michelangelo Signorile, “The executive order is “in the process of being drafted in hopes that it will stand up to judicial scrutiny.” said Blackwell, a former Ohio secretary of state who took the roll of domestic policy chair for president Trump’s transition team after the election. 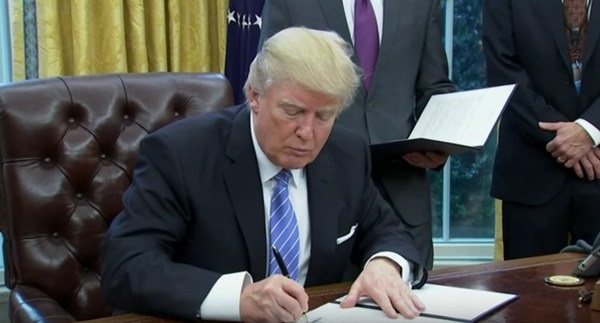 The Nation managed to get a draft copy of the “Religious Freedom” order in February 2017 and it clearly would allow businesses, nonprofits and even government employees to refuse service to people who offend a person’s religious beliefs in regards to same-sex marriage, abortion, premarital sex and gender identity.

With the White House staffers attempting to re-brand president Trump, they are giving vague answers pertaining to the order stating that they can’t confirmed or denied the order’s existence.