PITTSBURGH, PA — Older Gay men will remember the times when this type of behavior was accepted as a gay man in 2016 who legally became his partner’s father post adopting him, has been allowed by a judge to dissolve guardianship so that the two can get married.

When there was no such thing as Gay marriage laws prior to 2014, Roland Bosee Jr, 79, legally adopted his partner, 69-year-old Nino Esposito in 2012 so that they could be legally protected for estate purposes for both. 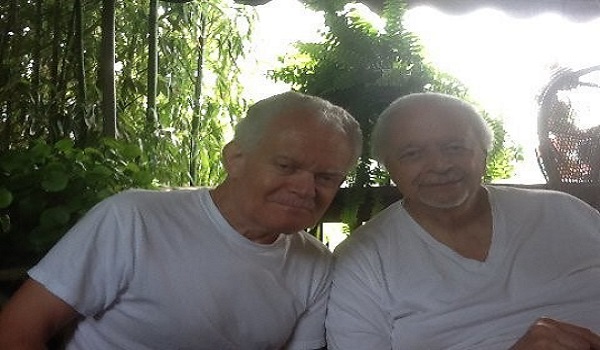 In the 60s, 70s, 80s and 90s, it was common though not widely spoken of for Gay couples to set up such an arrangement. After all it wasn’t legal for gay marriage until 2014 and ratified across 50 states by the US Supreme Court in 2015.

While the couple was excited about same-sex marriage becoming the law of the land, their adoption arrangement left them in a difficult position because Mr Bosee Jr was legally Mr Esposito’s father.

When Bosee Jr and Esposito attempted to go to court and dissolve the adoption last year, Judge Lawrence O’Toole ruled that he only had the power to do so in instances of fraud.

Following an appeal, a three-judge Superior Court panel ruled “under the circumstances of this case, Pennsylvania law permits an unopposed annulment or revocation of an adult adoption.”

The couple told Pink News they were “relieved” at the “wonderful Christmas gift” while Esposito told the Pittsburgh Gazette that they were planning on having a private wedding. “I’m sure some friends and family will want to do something,” said Esposito. “But at our age, we’re not worrying about ceremonies.” said Esposito.