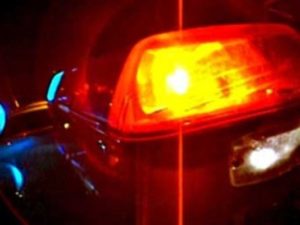 After the clerk handed him the cash, suspect then fled on foot and is believed to have left the scene in a late ’90’s model white Ford Ranger or similar type vehicle.  Thankfully the employee was not injured.

Officers arrived at the store within minutes of the call and set up a perimeter for a K9 track. However after some time, police were unable to locate the suspect and called out the tactical alert.

The suspect is described as a white male in his 30s, approximately six feet tall with medium build. He was last seen wearing a black hooded jacket, camo face mask, blue jeans and brown boots. 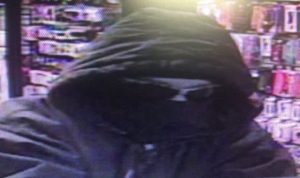