UNITED KINGDOM — Finally after pain stacking trials, Gay activists have been successful in removing former Archbishop of Canterbury from a top British university thanks to a huge amount of students voicing outrage at Lord Carey of Clifton’s opposition to same-sex marriage.

The photo of Lord Carey of Clifton used at the university and who was the leader of the Church of England 1991 and 2002, has been removed from the “wall of fame” in the King’s College London campus in The Strand.

Gay activists have been attempting to have Lord Carey’s portrait removed for the past five-year with everything from sit-ins to petitions to email campaigns. Now, students have seen the homophobic Lord for what he truly is, in this reporter’s opinion, a bigot! 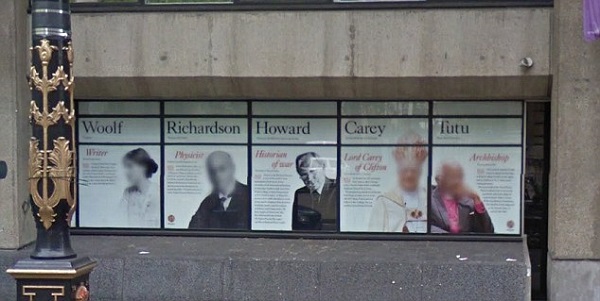 University officials confirmed to JRL…”Lord Carey of Clifton’s portrait had been removed along with several others to be replaced by digital screens following a review which decreed that the pictures “did not capture the diversity of our university community”.

A lecturer at King University and columnist at Conservative Woman UK, Niall McCrea, was outraged and voiced her anger over the move in an Op-Ed along with the Rev Jules Gomes, pastor of an evangelical church.

“For a prestigious institution of Christian heritage to allow this campaign to claim victory is worrying. [Lord] Carey is not homophobic, but his name has been tarnished by a ‘gay-stapo’ that refuses to acknowledge that a clergyman cares for all, while maintaining a traditional view of marriage.” wrote McCrea and Rev. Gomes.

We must give a big congratulations to King University’s Student Union President Ben Hunt who was in charge of the campaign to have Lord Carey’s photo removed. The 81 year old Lord Carey refused comment on the matter but should he change his mind, we will bring you his comments. 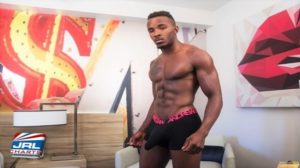 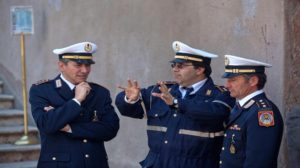