SAN DIEGO, CA — The general in Gay military genre erotica Dink Flamingo is back with another “Must Watch” action packed film that is sure to drive military lusters crazy in, “Reenlisted 3 (2016) .  The third in this hit Gay erotica series from the award winning producer and director Flamingo.

“Reenlisted 3” (2016) brings a complete package including duos, threesomes, solos and chiseled tattooed bodies to die for.  Hard man on man action the way it is supposed to be shot.  Real, unscripted and orgasmic!

“Whatever floats your boats and goes with the flow”: That’s the thought of Dink Flamingo’s soldiers in Reenlisted 3. On this DVD, we meet again private Chase, growing in confidence as he appears more and more in Active Duty movies. His colleges, Will & Johnny, are willing to go on a mission with him, and his brutal desires. Everything seems under control, the guys are hitting off and dicks are getting sucked, and all of the sudden, after a phone call, Johnny has to leave! No problem. Will takes over and ends the mission with his mouth and his tight ass to free Chase from his load. Enjoy this and much more!” 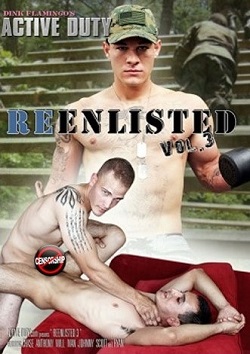 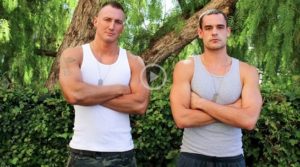 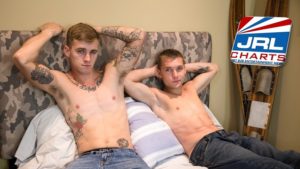 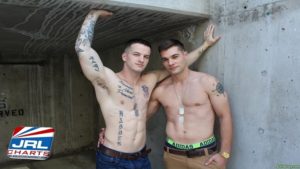