WILTON MANORS, FL — The Skyn Media online network confirmed today that it has reached a deal with photographer, writer, adult film star and director Leo Forte whom you remember from his skills “behind the camera” in directing NakedSword Originals “Hotel Hook-Up” (2014).

The Skyn Media label’s next release will be entitled “Cruising the Big Easy” (2017) which was directed by Forte and filmed on location in New Orleans.   The Gay erotica film will be released on the Skyn Men Label and distributed by Pulse.

“Cruising the Big Easy ! Where everyone’s so easy ! While cruising Bourbon Street Nick Cross meets Markos Nuvoa and the passion that starts in an alley and ends in Nicks hotel room.  A hallway hookup for Dolf Deitrich and Hugh Hunter ends up as a balcony fuck. The pounding continues later that evening at Bourbon Pub as they fuck live before a packed Southern Decadence crowd. Night turns into day and Rikk York takes a stroll by the Mississippi River where an encounter with Braxton Smith ends up in a hot hotel room pounding for Braxton.” 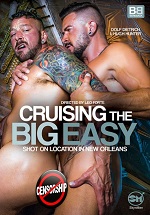 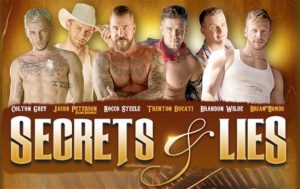 Secrets & Lies by NakedSword With All Star Cast Streets Worldwide 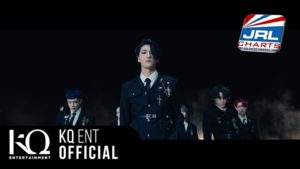