The first episode touches on a subject that all Gay men know all to well and that is the experience you get when your love crush or lust crush for that matter, happens to be straight!

Doww commented on his latest smash hit..“Us gays all know how it is when we find out our crush is actually straight…even with a little persuasion.” said Doww.  The young talented comedian gives us a comedic round of how you could use a technique at hitting on your straight friend while trying to determine if he is gay or not.

Doww wants all of his fans to know….”Us gays all know how it is when we find out our crush is actually straight.. even with a little persuasion. ENJOY.”

The new show “It’s Sketchy” will air a new episode every other week so make sure to stay locked in to Jordan Doww for all of his awesome shows that will leave you in stitches in laughter. 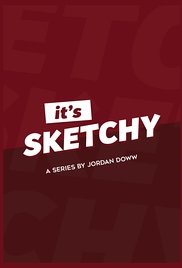