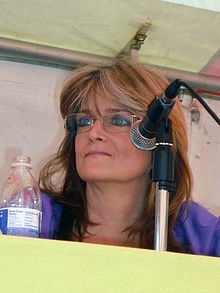 Susan Olsen who has been an L.A. radio host for years and who is also a strong supporter of Donald Trump, took offense when Acord-Whiting called her out for spewing allegedly spewing lies on her show during the presidential campaign.

Olsen unleashed a fire storm of of homophobic comments at Leon Acord-Whiting which were then immediately posted online.

People were so offended that LA Radio received a huge backlash demanding that Olsen be fired immediately for her comments pertaining to the LGBTQ community and especially to Leon Acord-Whiting.

“LA Talk Radio takes pride in its close and collaborative relationship with the LGBT community, and will continue to provide a home for those who have hopeful and positive messages of togetherness and tolerance to share with our listeners.

We will not tolerate hateful speech by anyone associated with our radio station and have severed our ties with a host that veered off the direction in which we are going.

Thank you for your loyalty and continued support. LA Talk Radio stands for love and community, and we will always support all of our friends around the world.

We reached out to Susan Olsen’s publicist and have yet to get a response.  Olsen herself has not commented on her Twitter or Facebook accounts so far.  We will continue to monitor for any comments from Olsen on this issue.