The survey finds that Trans people continue to feel harassed and assaulted on a daily basis throughout the United States.

According to the survey which had a total of 27,715 respondents which is estimated to be about 2 percent of the adult transgender population of 2015, looks to fill a gap in data collecting about a understudied group of people in our country who continue to experience serious problems in the work force, housing, medical care and legal representation.

The findings by the National Center for Transgender Equality on public restrooms destroys the brainwashing message of conservative politicians and religious leaders that transgender people are the antagonists preying on others or that they are mentally disturbed.

The new study found that 12 percent of transgender people continue to be verbally harassed in public restrooms (Remember Target?) over the past year with 1 percent saying that they were physically attacked and sexually assaulted.

They also found new facts that are never addressed which states that 29 percent of transgender people are living in poverty compared to 14 percent for the U.S. population at large. 39 percent experienced serious psychological distress which is eight times the rate for the general population.

The survey was taken before prior to the passage of North Carolina’s House Bill 2, which forces transgender people to use the public restroom corresponding to their gender assigned at birth rather than the one matching their gender identity.

Supporters of the law such as now the fired North Carolina Governor Pat McCrory who claimed that the law was necessary to protect children and preserve traditional values.

The amount of backlash to the law with boycotts by entertainers, sports organizations and Tech businesses who publicly called the new law hateful and discriminatory, has been widely cited as the reason why Republican McCrory lost the Nov. 8 election to Gorvenor-Elect Roy Cooper (D) who is opposed the bill. 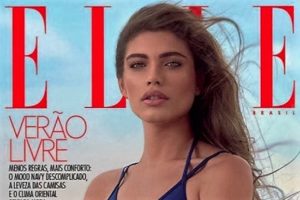