LAS VEGAS, NV — Affiliate program GunzBlazing reaches a new landmark with the launch of the latest site in its growing roster.  The “Jock Pussy Network” is the first FtM transgender site in the GunzBlazing collection—which features primarily gay sites and a handful of “MtF” sites.

“Jason Sparks first came to us saying he’d found a new model and wanted to build a site around him,” said GunzBlazing President Robyn Way. “When we first saw pictures of Luke Hudson we were pretty excited about building this site and working with Jason on this new (for us) genre.” said Way.

“Luke Hudson joined the Nationwide Model Search a couple of months ago and his popularity on tour made me realize we had a unique opportunity here,” said Sparks. “He’s been popular with many types of guys and we hope the site will be a wide variety of people too.” concluded Sparks.

The site will be launched as a single site or with the option to get bonus site access to JasonSparksLive, RawFuckBoys, ClubJasonSparks and DirtyBoySociety as well. The site will add two scenes a month and included bonus feeds content.

With a decade of experience in gay affiliate marketing behind it, GunzBlazing is known for its unique marketing programs, specialized content and solid reputation for payouts and attention to its affiliate partners.

Gay webmasters can get more information about the ?GunzBlazing Affiliate Program” by contacting affiliate manager, Matt Vonegidy | Matt@gunzblazing.com | GunzBlazing.com. Keep up with GunzBlazing Daily on Twitter. 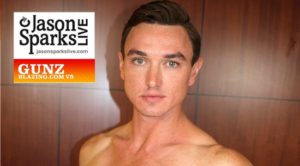 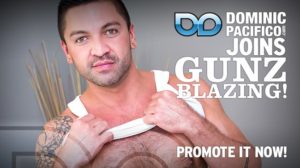 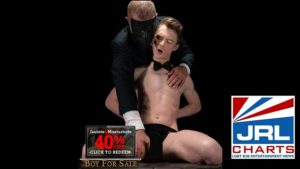