HOLLYWOOD, CA – TS Madison will be hosting the 2017 Transgender Erotica Awards on Sunday, March 5, 2017, at the Avalon in Hollywood, CA. She received the “TEA Lifetime Achievement Award” at last year’s event and was met with a standing ovation from the audience.

“As I move forward in my career in entertainment, it always gives me great pleasure to return to my roots and give a CLEAN version of TS Madison to my Fans,” said TS Madison.  “It’s an honor and privilege to be hosting this year’s TEAs and I plan on 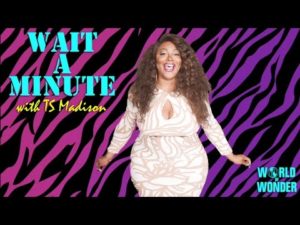 giving the crowd  just what it needs: a barrel of laughs and some good ol’ fashioned entertainment! Please don’t miss this year’s extravaganza! It’s gonna be a scandal.” said Madison.

“How many times am I going to say ‘Wait a minute!!!’ between now and March?” added Steven Grooby. “Now wait a minute…Madison is going to be the emcee at the TEAs this year!  Personally I’m incredibly excited by this. I’m a fan and I love her Youtube posts and her larger than life personality. Madison has been in-front of the camera, behind the camera, and is now her own iconic brand, and I believe she’ll bring that whole package to the show.”

“As someone who is part of our industry and has also succeeded as an artist in the mainstream, I think Madison is a perfect fit to take over from Jujubee as Mistress of Ceremonies,” stated Grooby’s Marketing and Editorial Director Kristel Penn. “As my favorite Madison saying goes, we’re ready to ‘step ya pussy up’ at the 2017 TEAs.” 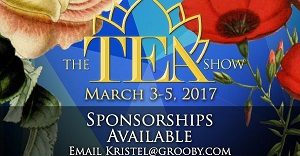 The “Transgender Erotica Awards”, now in its ninth year, celebrates the accomplishments of the trans adult industry and its performers. From its humble beginnings as an online competition started by Grooby, the TEAs are now a three-day event which includes an awards ceremony, pre-party party, and now a daytime fan convention. Visit their official website at theTEAShow.

TS Madison is an American entertainer, entrepreneur, and LGBT activist.  In fact, Huffington Post has called her a “trans viral sensation” and has amassed a large following on her YouTube Channel for her web series, “Wait a Minute” on the WOW Presents Network.  Follow this sensational and might I say, “FAB-U-LOUS” entertainer on Twitter at @TsMadisonatl1.

Those interested in sponsoring the 2017 TEAs can email kristel@grooby.com.

Now, I had to bring you one of my favorite episodes of TS Madison’s Wait A Minute for your enjoyment.  Make sure to pass the word on this clip because it will have you in stitches! 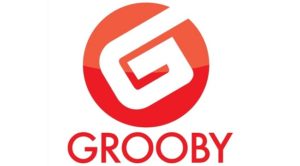 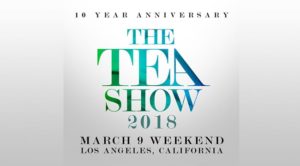 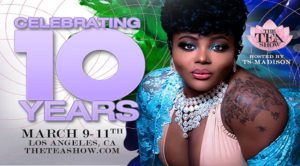